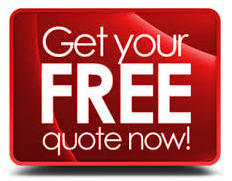 The state of Kansas may require you to carry a Kansas SR22 insurance policy for up to 3 years for one of the following violations:

The Kansas SR22 is an add on to a standard auto insurance policy that guarantees the state will be notified of any change in status and is commonly referred to as a future financial responsibility filing. You can change insurance companies but be sure to get a new SR22 filed before the old one is cancelled.

What if I let my Kansas SR22 insurance policy lapse?

Once your SR22 insurance policy has lapsed the insurance company is required to notify the state department of motor vehicles. Your driving privileges are then suspended and future action may include:

How much will a Kansas SR22 increase my auto insurance?

The state of Kansas requires liability insurance to protect other drivers in the event of an accident. The minimum limits are:

While these limits are minimum they are rarely recommended levels of coverage. Ask your insurance agent what they recommend based on your financial position.

Court ordered suspensions require a clearance from the court while other suspensions may require an SR-22. You may be asked to take a written and/or road skills test. Reinstatement fees vary so be sure to ask the state office. If all requirements have been met to reinstate except paying the fees you can reinstate online.

Driving Under the Influence (DUI) in Kansas

Under Kansas law, it is unlawful to operate a motor vehicle with a BAC limit above the stated limit. BAC stands for blood alcohol content. The following are limits set by law:

If you refuse to submit a chemical test in Kansas these are the following penalties:

Kansas Senate Bill 368 – Concerns driving under the   influence of alcohol or drugs, and penalties for more than one violation. The most notable change relates to  a third DUI conviction; offenders will serve a 72 hour  jail sentence prior to being eligible to   participate in a work release program.

Kansas Senate Bill 586 – Increases penalties for multiple   convictions of driving under the influence. Most notable change is on a fourth or   subsequent DUI conviction a person would be guilty of a felony and   sentenced to not less than 180 days in Jail.